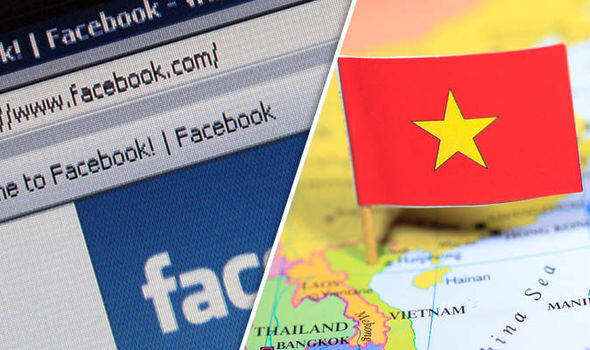 Vietnam claims that Facebook has violated their new cyber security law by permitting the users to post anti-government comments on their platform. This issue came up just few days after the controversial legislation took effect in the country on Jan 1.

Even though economic reforms and openness to social change has occurred, Vietnam’s Communist Party reserves tight media censorship and does not allow protests.

According to an official Vietnam News Agency, Facebook has not responded to the country’s request to remove fan pages that provoke such activities against the state. However, a Facebook spokeswoman stated that they have not violated any laws and that they have clear process for governments to report illegal content to them. They shall review all the requests against their terms of service and local law.

The content posted was found to seriously violate the Vietnam’s Law on cyber security and government regulations on the management, provision and use of internet services. The ministry also said that Facebook allowed personal accounts to upload posts containing derogatory content, anti-government sentiment and defamation of individuals and organizations.

The agency also claims that Facebook had refused to provide information on fraudulent accounts to Vietnamese security agencies.

The most widely used social network in Vietnam is Facebook with 64 million users. Now the Information ministry is considering taxing Facebook for advertising revenue from the platform.

A market research company states that around $235 million was spent on advertising on Facebook in Vietnam in 2018, but Facebook was ignoring its tax commitments there.